Roatán is the largest and most developed of the Bay Islands off the coast of Honduras. Long and thin (50km long, but only 2km to 4km wide), the island is a real diving and snorkelling hub – almost all of its coastline is surrounded by a diverse coral reef teeming with tropical fish. Set 65km off the Caribbean coast of Honduras, Roatán sits a golden jewel. Sandy beaches, cheap food and drink, and a surprisingly great vibe for an island whose mainland is currently experiencing the worst political unrest it has faced in years.

Roatán attracts a far more midrange crowd than its neighbouring island, Utila, with far more budget options for sleeping and eating. The main hub for backpackers is in West End, which is where we decided to stay.

On arrival at Juan Manuel Gálvez International Airport in Coxen Hole (the ‘capital’ of Roatán), we haggled with taxi drivers to get to West End. We tried to share with a few other tourists that had been on our flight, but as the drivers here price per person rather than per journey, we weren’t really able to get it any cheaper. We had read in the Lonely Planet that a colectivo runs from the highway just outside the airport. We tried to strategy but could not find any kind of bus stop, or see any minibuses running. As we were about to give up, a taxi arrived dropping somebody off, and agreed to take us to the West End to US$10 (£7) for the entire journey, instead of the US$30 they wanted inside the airport compound. Maybe we were getting an unlicensed taxi, but it saved us money and was quick and easy!

A point to remember if you visit the island; there are only a few ATMs on the island, and most of the time these don’t work! The most reliable ATM is at the airport in the terminal building. There is one in the West End, but it tends to be emptied fairly quickly in an attempt to curb crime. Make sure you have enough cash for your entire time on the island – not all restaurants and bars accept card! We had a bit of a nightmare trying to get cash out on our way to the 7am ferry off of the island when we realised we wouldn’t have enough cash to pay our taxi driver!

Eating in the West End

There are a couple of really good haunts in the West End that the regulars will always swear by. Luckily, a lot of the finest eateries are based in the West End as there is so much more passing trade.

Activities whilst on Roatán

Half Moon Bay, which forms the northern part of the West End, is a lovely sandy beach, with sheltered water. The few days we were on the island wasn’t the best weather, and because of this we only really had a little time on the beach, but I think this would be the best bet if it were complete beach weather.

Diving and snorkelling are obviously top of the list when it comes to activities other than lounging by the sea. There are a number of different companies based in the West End. We went with Eco Divers as they were offering a discount through our hotel. We paid US$15 each for an hour trip, and we basically had free reign of exploring. We were the only people snorkelling on the particular trip, and so we were joined by a few others doing scuba diving (one of whom was doing their first deep sea dive!) and once we were dropped off, we were allowed to swim freely for 40 minutes. We had a great vibe from the instructors, and a successful first snorkel! They even let us borrow the equipment for a couple of hours before to have a little swim around in the bay to get used to it, as it had been so long since either of us had done it. Check out a video here!

Being on Roatán for the weekend felt entirely different to what I thought it would. The island felt a lot more American than Central American, and it was easy to forget it’s Spanish roots being out on an island in the easy Caribbean. Honduras is currently experiencing a very bad political scene, but out in the Caribbean life is easier and there are no worries. We just hoped that the next few days travelling across mainland Honduras would be just as easy…

We are Matt and Kris, two young(ish) “professionals” from London, with a keen talent for organisation when it comes to travel-planning. Come along on our journeys with us! 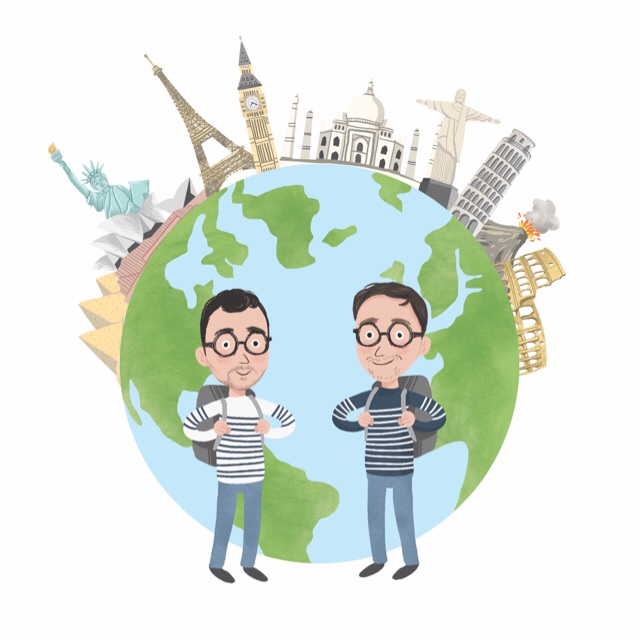 I’ve been busy writing up our travels from last May when we visited Israel & Palestine. This was a highlight. Read about it below! 🇮🇱 🇵🇸 ⬇️⬇️⬇️
Quarantine and a broken leg has given me an excuse to write up our travels from our trip to Central America! 🇭🇳 ...
Christmas Starbucks from the first ever Starbucks in Pike Place Market •
Pike Place Market, at night. Red lights.
A change from the huge amount of honeymoon in India pictures, here’s a snap from last night •
Next stop: Jaipur! •
Next stop: Jaipur! •
Getting ready to go up, up and away 🎈
Throwback to the most amazing hot air ballooning over Jaipur 🎈we got collected at 4:30am to travel to our take off point and travelled through the air at sunrise. It was the best experience for our honeymoon! 👬 thanks @skywaltzexperience 😍🇮🇳
Loading Comments...
%d bloggers like this: